Mason Russian Club is dedicated to the promotion and facilitation of Russian language and culture at George Mason University. As an organization we are determined to facilitate education for all individuals interested in the vastness of this rich culture through film screenings, culinary samples, historical exhibits and presentations, guest speakers, discussions on current events, and Russian language conversation hours. Mason Russian Club fosters an open  environment for people to come and learn about Russian and Slavic civilization from multiple perspectives. All are welcome!

Mason Russian Club holds business meetings once each month on Monday nights from 7 p.m. to 8 p.m. In addition we hold conversation hours, culture meetings, and homework meetings on a rotating schedule each week.

In need of private tutoring? No worries! Mason Russian Club provides private peer tutoring on culture and language at no cost. Simply email us at masonrussianclub@gmail.com and we will pair you with a tutor whose schedules match yours. We always appreciate donations!

To join, email the Mason Russian Club Executive Board at masonrussianclub@gmail.com and join our Official Facebook Group. 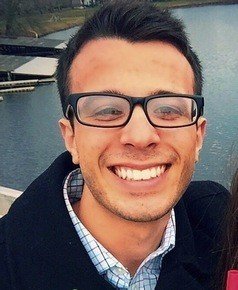 Jordan Beauregard is a senior at George Mason University and the President of the Mason Russian Club. He is a Global Affairs major with concentrations in Global Governance and Global Media, Communication, and Culture, and is pursuing a minor in Russian. He is a writer for Odyssey, a brother of the Chi Psi Fraternity, the Outreach Coordinator for MasonU, a climate change researcher, and has really enjoyed being a part of the Mason Russian Club. As the President, Jordan facilitates relationships with student and external organizations to plan events and fundraisers, as well as manages the Mason Russian Club Tutoring Service. 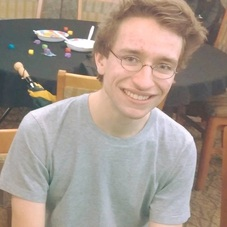 Thomas Payne is the Vice President of the GMU Russian Club. He was born and raised here in Fairfax, in the shadow of the nation’s capital. A Russian studies major and linguistics minor, Thomas is passionate about Russian language, literature, and film, but less keen on current Russian foreign-policy. As Vice President, Thomas assists the president with club administration and social media outreach. 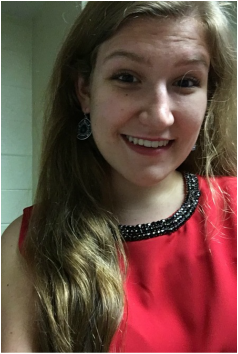 Katriina Juntunen is the Treasurer of Mason Russian Club. Katriina is a sophomore at George Mason University and plans to major in Criminology. She has been learning Russian for about a year now and hopes to expand her knowledge on the language and culture. Katriina is also a member of the GMU Honors College, GMU club tennis, and the co-ed fraternity Lambda Alpha Epsilon.  In the future, she hopes to study abroad in many parts of the world. As Treasurer, Katriina provides semesterly financial reports, monitors spending and revenue, and ensures Mason Russian Club receives adequate funding for meetings, events, social gatherings, etc. 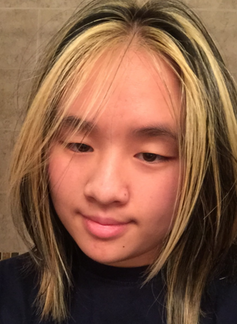 Kira Stalker is the Deputy Secretary of the GMU Russian Club.  She is a freshman, double majoring in Russian language and Global Affairs. Her primary interests are Russian, writing, and kayaking. Her hobbies include Russian, writing, and wishing she was kayaking.  She does not aspire to be homeless, but she does aspire to be a writer, which might equate to the same idea. She always has several contingency plans, so if that writing thing does not work out (it won't), then she hope to work in intelligence, because it may rub off. As Secretary, Kira is responsible for note-taking at all business meetings and board meetings, as well as serving as the archivist and manager of the general membership. 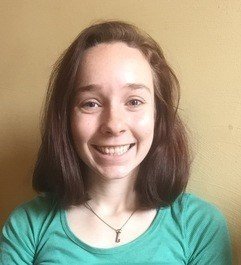 Emily Olson is the Webmaster of the Mason Russian Club. She is a junior at George Mason University majoring in Global Affairs with a double concentration in Human Security and Russia. She has been studying Russian for two years. She is a member of Alpha Phi Omega and is also studying Chinese. She’s also really bad at writing her own biography, she was Russian to finish but she kept Putin it off. *Badumm tss.* As Webmaster, Emily assists the Vice President with outreach endeavors and keeps the website up-to-date. 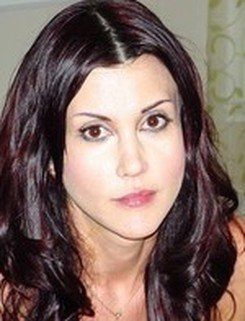 Elena Guglielmi is the Faculty Advisor of the GMU Russian Club. She is a native speaker of Russian. She has advanced degrees from the Rostov-on-Don Pedagogical University  and from the International Institute at George Mason University. She has been teaching at George Mason University since 2007. Professor Guglielmi has studied at Georgetown University. She has studied English, Russian, and Spanish languages as well as Russian Literature, Philosophy, Economics, Religion and Linguistics. She has studied Spanish at the Havana University in Cuba and Religion and Philosophy in Florence, Italy. In the private sector, she has served as Head Russian Translator for the international law firm Akin, Gump Strauss Hauer & Feld on projects for Exxon, LukOil, Lockheed Martin, Gazprom and Norsk Nikkel.Professor Guglielmi is a renowned oenophile as well as an international gourmet. She has traveled to over 50 countries and enjoys archaeology and history. She is a fitness and power boating enthusiast.